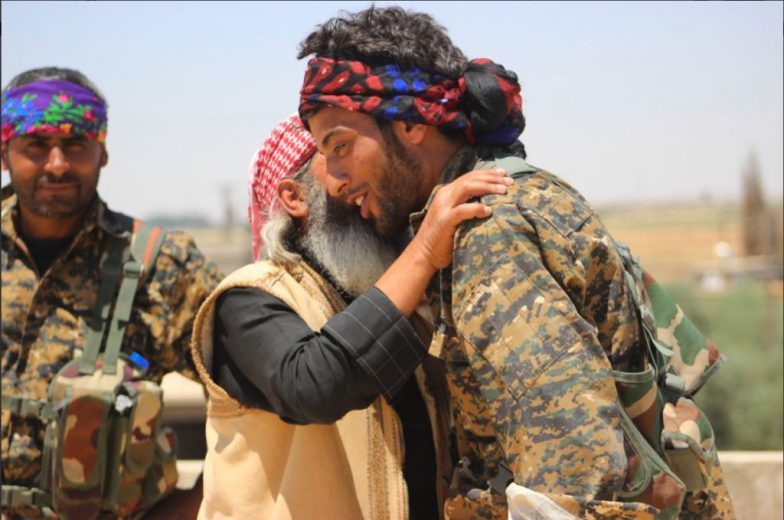 Civilians are beginning to escape in mass from Isis at Hajin, through the humanitarian corridors created by the SDF of the Operation Round Up at Deir Ezzor

Mass emigration of the population from Hajin is beginning, in view of the imminent offensive of the SDF against Isis. The forces of the Operation Round Up (Jazeera Storm) received the first families, which had left the stronghold of the Islamic State to head towards safer areas. They are essentially women and children, taking advantage of the Eid Al-Adha to escape from the city. The Daesh militiamen, incidentally, had prohibited to civilians to leave. At the risk of being arrested or even killed. The jihadists do not want to loose their best weapon of all armed conflicts: locals to use as human shields against the enemy. The same situation occurred not only at Deir Ezzor, but also in other areas of western Syria. From Tabqa to Raqqa up to As-Suwar.

The Islamic State is trying to deal with the Syrian army (SAA) at Suweida. The Daesh militiamen know it is the only way to avoid being killed

Meanwhile, at Suweida Isis is continuing to negotiate with the Syrian army (SAA) to obtain a safe conduct and a transfer from Al-Safa to the Badia desert, in exchange for the release of the civilian hostages kidnapped by the militiamen on 25 July. A committee for negotiations is being set up for this purpose. In the meantime, however, the soldiers are continuing to attack the jihadists of the Islamic State in the mountains, in an effort to drive them out rapidly. Moreover, the soil is slowing the movements and making them difficult. Thanks to this, Daesh gets a break, but which will not last long. Hence the feverish search for a contact to quickly negotiate a way out, before it’s too late. Once eliminated the pocket of resistance at Suweida, in fact, the military will move to the one in the Badia desert at Deir Ezzor.

Syria, HTS makes money on the population in Idlib: shop rents double
The Qaedist group must recover funds to maintain defenses and pay wages to the fighters. Especially after Turkey cut aid, while Russia and SAA increased pressure.
Syria, the SDF hunt down Isis killers in the east of the country
Raids together Inherent Resolve at Deir Ezzor and Hasaka. Objective: to break the chain of targeted homicides that IS recently resumed.
Syria, pro-Iran militias take advantage of the SAA-Isis war in Badia
Groups linked to Tehran will vigilate the Deir Ezzor-Palmira highway, releasing forces against IS. The road is strategic for moving quickly to Damascus.
Search
Newsletter