In August in Southeast Asia, incidents linked to the activities of criminal gangs against ships in transit in the Singapore Strait quadrant continued with numbers similar to those of the previous months. The area East of Little Karimun was particularly affected. Compared to previous months, no sighting of weapons was reported in any incident. Sea robberies were also reported in Indonesia at the Belawan Anchorage and in Malaysia at the Sandakan Anchorage.

In the region, several operations were reportedly carried out to combat illegal fishing activities in Malaysia, Indonesia, and the Philippines. 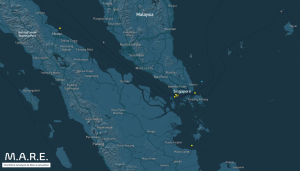 Indian Ocean, the Red Sea and the Hormuz Strait

In the Indian Ocean, the situation remains calm compared to previous months. The truce between the Houthis and the Saudi-led coalition appears to have worked in reducing the tensions at least at sea. The most recent incidents at sea that saw the involvement of the Houthis date back to March.

During the month of August, Saudi authorities reportedly diverted four oil tankers sailing in the Southern Red Sea. Since the beginning of 2022, 11 tankers have reportedly been diverted by the Saudis in the same area.

In the area of the Gulf of Oman operations led by CTF 151 continue achieving results with the interception of yet another drugs shipment off the coasts of Oman. Meanwhile, further north in Strait of Hormuz the IRGC thwarted two illegal fuel smuggling operations.

The IRGC was also involved in the seizure of US operated maritime drone. The drone was eventually returned to the US Navy with no resistance by the Iranians. 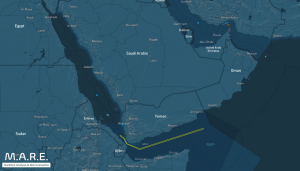 The Black Sea and the Mediterranean

In the Black Sea, maritime trade and infrastructure continues to be impacted by the Russian-Ukrainian war, however, following the UN/Turkey brokered grain deal and the establishment of a safe corridor a number of ships carrying grain have been permitted to depart from Ukrainian ports.

In the Mediterranean Sea, no major events were reported during the month.

Gulf of Guinea and West Africa

In the waters of the Gulf of Guinea, the period of calm that has lasted since December 2021 continues, and the trend seems destined to persist over the upcoming weeks until at least late September/early October. It is worth mentioning the event that involved a Marshall Islands flagged crude oil tanker which falsely claimed it had been attacked by pirates only to discover the vessel was being chased by the Nigerian Navy due to oil theft allegations.

In the Niger Delta area, operations against illegal refining sites and pipeline vandals continue. Tensions appear to be raising among former militants following the award to former MEND leader Tompolo of a 4bn Naira contract for the security of the Niger Delta pipelines. 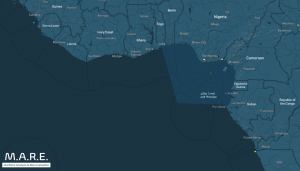 In the area of ​​Central America, and more particularly in the Campeche Bay, attacks against the oil & gas industry continue to be reported. In August, an offshore oil platform was robbed, and an offshore supply vessel reported an attempted boarding. 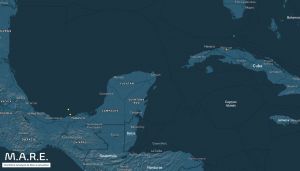 Syria, new strike by Russia in Idlib. Even this without victims
The hypothesis that Moscow may have new "internal" enemis among the allies in the Middle Eastern country is taking hold. Federation bases and assets in the area are at risk.
Ukraine, Italy is asking its citizens to leave Russia
The embassy releases a note. Putin’s reactions to the fact that the Kyiv forces will not stop the offensive despite the annexation of Lugask, Donetsk, Kherson and Zaporizhzhia are feared.
Syria, the SDF find one of the largest ISIS arms depots in Hasaka
The Islamic State jihadists had hidden it on a farm in Tal-Hamis. It was supposed to be used to attack the Al-Hol camp en masse.
Search
Newsletter