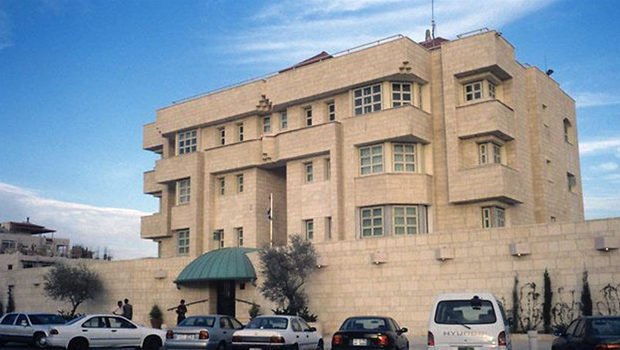 Israel has just re-opened it’s embassy in Amman. The new ambassador to Jordan, Amir Weissbrod, took up his post and reopened the buinding together a small staff. The embassy was closed for 10 months after an Israeli security guard shot dead on July 23, 2017 a Jordanian, who attacked him with a screwdriver, and a second man who was present. Former Israeli ambassador in Jordan, Einat Schlein, and the entire staff were evacuated the building that night. Since then, negotiations continued between the two governments. They ended in an agreement to restore relations. Furthermore, Israel payed a compensation to the two the families of the two Jordanian dead and promised an investigation.

Syria, pro-Turkey militias are making cash with archaeological finds
Mass destruction of sites in Aleppo is underway, from Afrin to Al-Jouz. Pro-Ankara groups use bulldozers and jackhammers to find treasures to sell on the black market.
Syria, the Islamic State in the East loses another prominent leader
The man died in an SDF-Inherent Resolve raid. He was, together with "Rasheed", among the planners of the thwarted attack on the Gwayran prison to free the former ISIS jihadists.
Nigeria, the emergency of killings linked to organ trafficking breaks out
Two episodes in a few days. All eyes on ISWAP. The modus operandi follows that of ISIS in Iraq and Syria.
Search
Newsletter