Wagner “musicians” recruit snipers on Telegram. Russian contractors are looking for specialized personnel for “the near abroad” ops. The PMC, out of the shadows, now advertises itself on web, social networks and billboards

The Wagner group has launched a recruitment campaign for snipers to be employed in the “near abroad” on its Telegram channel. The text states that the requirements are the same as those for infantry units, with the exception of a sniper specialist and that the pay will be higher. The Russian contractors also let it be known that separate conditions are provided for veterans, negotiated on a case-by-case basis and that the hiring of civilian specialists is not excluded. Sharpshooters are just Wagner’s latest recruiting campaign, which officially emerged from the shadows after the start of the Russian invasion of Ukraine. The “musicians” of the PMC, in addition to the web and social networks, also use more traditional recruitment systems such as billboards in the main cities of the Federation and real offices. Until Putin’s “special military operation”, however, they had kept a very low profile, never formalizing their activities or presence in a country. 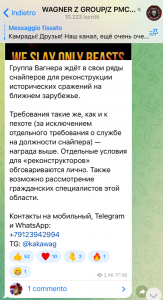 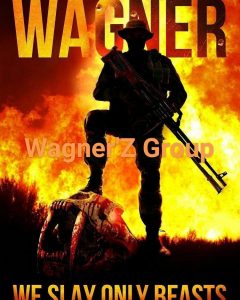