Fear of an invasion by the Ukrainian army is beginning to spread in Russia. Telegram channels in the Federation, after the start of the Kiev counter-offensive, are filled with warnings on how to defend the big cities. Especially on the border

Fear of a possible invasion by Ukrainian soldiers is beginning to spread in Russia, especially in the border areas. Local channels supporting the “special military operation” on social networks, primarily on Telegram, are publishing warnings on how to defend against a possible Kyiv offensive in big cities. On “Reverse Side of The Medal” (167,665 subscribers) it is stated that “The situation can evolve rapidly and there will be no time for questions and commissions. We will plug the holes ourselves in case of a similar situation”. The post has been also forwarded by Killnet, the pro-russian hackers who attack Western targets, on its channel. The reporter Vladlen Tatarsky, who asked for a strike by Moscow on the energy plants in the European country, says on his channel (438,347 subscribers) that he had spoken with Evgeny Prigozhin and that the latter replied that he believed that all companies and aware citizens should be ready to repel aggression by all means. These are just two of the Russian channels on which questions and fears are multiplying, especially after the start of the Ukrainian counter-offensive and the escape of Russian troops from the battlefield. 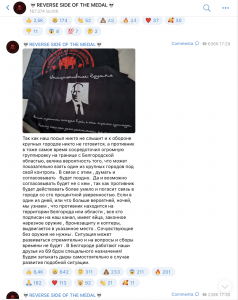 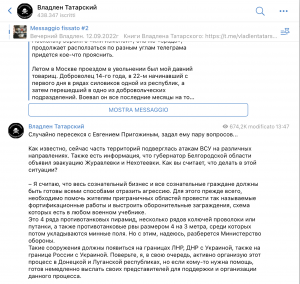 Cybersecurity, Zoom has a number of medium severity vulnerabilities
The CERT-In: They are linked to Improper Access Control and allow a remote attacker to access meetings in stealth.
Syria, Damascus and pro-Iran militias launch a mole hunt
34 members of Tehran's allied groups arrested in Deir Ezzor. They are accused of providing the US and Israel with information on targets to be hit with strikes.
Cybercrime, new fake DHL global phishing scam
The email html attachment leads to a fake courier login page, in which the victim’s address is already fixed. The user has only to digit the password. Aim: to steal credentials.
Search
Newsletter