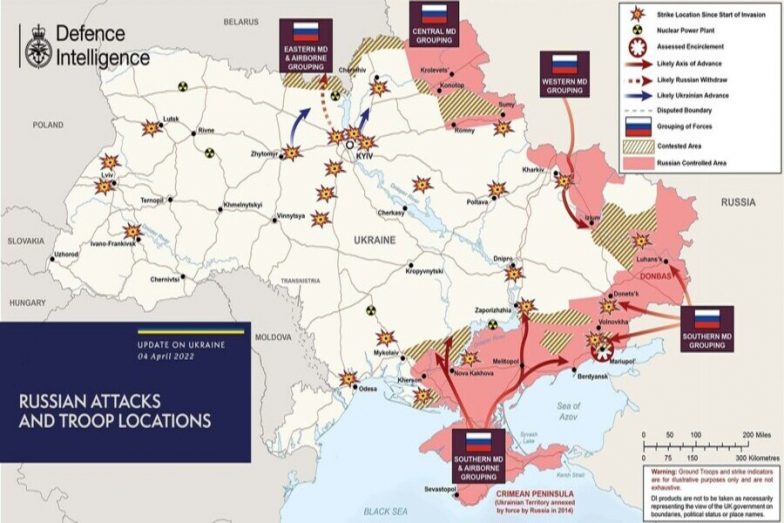 Russia is forced to focus on the east of Ukraine. Moscow concentrates troops and equipment to gain total control of the Donbass and pushes to Mariupol. The latest aid to Kyiv, however, could complicate the plans

Russia, due to the unexpected resistance of Ukraine, is forced to revise its plans and focus to the East. Moscow is accumulating a large number of assets and equipment towards Lugansk and Donetsk. In addition, it is sending fresh troops there to replace those engaged in the European country since the invasion began. The goal is to gain total control of the area, encircling the enemies from two fronts. On the one hand internally, by advancing the assets in the controlled territories in the Donbass. On the other, concentrating many of the soldiers originally sent to Kyiv and north. At the same time, the siege of Mariupol is being tightened, whose defenses are still holding up for the moment, despite the strong pressure suffered. Russia, however, will have to deal with the new military aid arriving in Ukraine, including tanks, and with the increasingly frequent incursions of the enemy, even on its territory, to neutralize logistical support for soldiers on the ground.