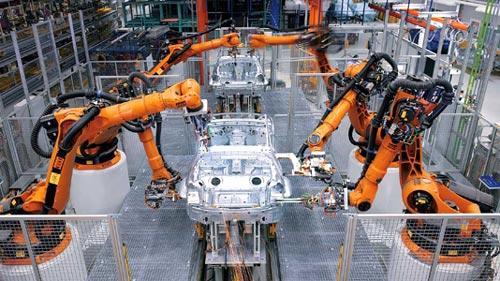 The International Federation of Robotics: In 2015 there were 66 installed industrial robots per 10,000 employees globally. In 2016 they were 74…

The rise of the machines has begun. The pace of industrial automation is accelerating across much of the developed world. It has been revealed by  the last data published by the International Federation of Robotics (IFR). In 2015 there were 66 installed industrial robots per 10,000 employees globally. A year later, that increased to 74. And probably, in 2017 the numbers have increased again. The top 10 most automated countries in the world are South Korea, Singapore, Germany, Japan, Sweden, Denmark, USA, Italy, Belgium and Taiwan. This is according to the 2017 World Robot Statistics, issued by the IFR. This news in some ways is positive – the Techonology is ever more useful -; but in others No. At first because the rise of the robots could reduce human jobs. Then, they have to be protected from different threats. Mostly cyber-attacks by cybercrime or state sponsored hackers.

An high concentration of robots in industrial processes means risk to jobs and cybersecurity. Not all of the 10 most automated countries are at the forefront in cyber defenses

Looking at the most “robot friendly” countries, there are some differences in cybersecurity approaches. Especially related to industrial processes. For example nations as USA, South Korea, Sweden and Germany are at the forefront in the sector. But others like Singapore, Japan, Italy, Denmark, Belgium and Taiwan have less capabilities of cyber defense. So the risk of hakers offensives are higher. What would happen if someone managed to penetrate systems and sabotage an industrial process? maybe modifyng the Artificial Intelligence (AI) and innescating an accident that causes victims? This is not science fiction, no more. In a cyberfarfare scenario launching an attack against industrial process could create more damages that a military action. Furthermore it would have some immediate and long-term benefit. From the absence of risks for the operators to the difficulty of attributing with certainty the cyber aggression.