Aitala: The Islamic State ha suffered heavy losses, but it is not yet defeated

The impression is that although Isis has lost the mark of the Caliphate in the Syrian-Iraqi theatre, it can reorganize itself under old and new flags, filling the gaps left empty by the institutional power. This is believed by the Italian judge Rosario Aitala, former head of the Department of Criminal Justice of the EU Commission’s police mission (PAMECA) in Tirana and responsible of the program of Justice of the Italian MOFA Farnesina for Afghanistan, newly elected Judge of the International Criminal Court in the Hague. He has spoken about this subject with Defense and Security, during the release of his book “The Method of Fear. Terrorisms and Terrorists”, published by Laterza, which will be in the bookshops starting from 22 February.

The Italian judge: in this moment terrorism is infiltrating in areas  considered “fertile” in their opinion. For example Sinai, Afghanistan, Somalia, Libya and Sub-Sahara.

Rosario Aitala underlines that “as the conditions which have determined the birth of Isis/Islamic State have not changed, we have to expect that other groups will replace it. The network called al-Qaeda is also showing signs of vitality. “  This is because “terrorism is a functional method to power, not just a simple manifestation of evil. International terrorism evolves according to geopolitical dynamics – underlines Aitala – . In my book for example i have described the genesis of the so called Daesh, which has exploited the geopolitical black holes in Iraq and Syria pursuing – for the first time in the history of terrorism- a territorial project. That means control of geographic areas in favor of the Sunni marginalized population. In this moment terrorism is infiltrating in areas  they consider “fertile”. For example Sinai, Afghanistan, Somalia, Libya and Sub-Sahara”.

Terrorism has taken many forms in history, but the method of fear is born as an instrument for governing. Not as a form of anti-state violence.

The book “The Method of fear, Terrorisms and terrorists “ faces the phenomenon not only under the point of view of IS or of al-Qaeda. But of its historical roots in general. “I have tried to describe the many forms that terrorism has taken in history, demolishing some simplifications and exploitations which don’t help understand nor prevent brutality – explained Aitala -. For me It seems  very important to remember that the method of fear was born as an instrument for governing not as a form of anti-state violence, and even today behind or beside terrorists there is the hand full of blood of some governments”.

The cornerstone of the judge Aitala to contrast terrorism

The battle against terrorism, from al-Qaeda to Isis/Islamic State and other local and international forms, must be supported by processes of allocation and management of power. In this regard, for Aitala the cornerstone is “to work on conditions of geopolitical instability which encourage the absence of political guidance. In particular, facilitating the birth of institutions that are capable to represent all the social, ethnic, religious components of each territory”. Moreover, “what must be fought is the policy of fear which, through false communication messages, contaminates, misleads and feeds hatred and suspect towards diversity”. Finally, according to the Italian judge it is necessary to “raise the voice against those States that use or encourage the terroristic method for national convenience.”

The book of Rosario Aitala 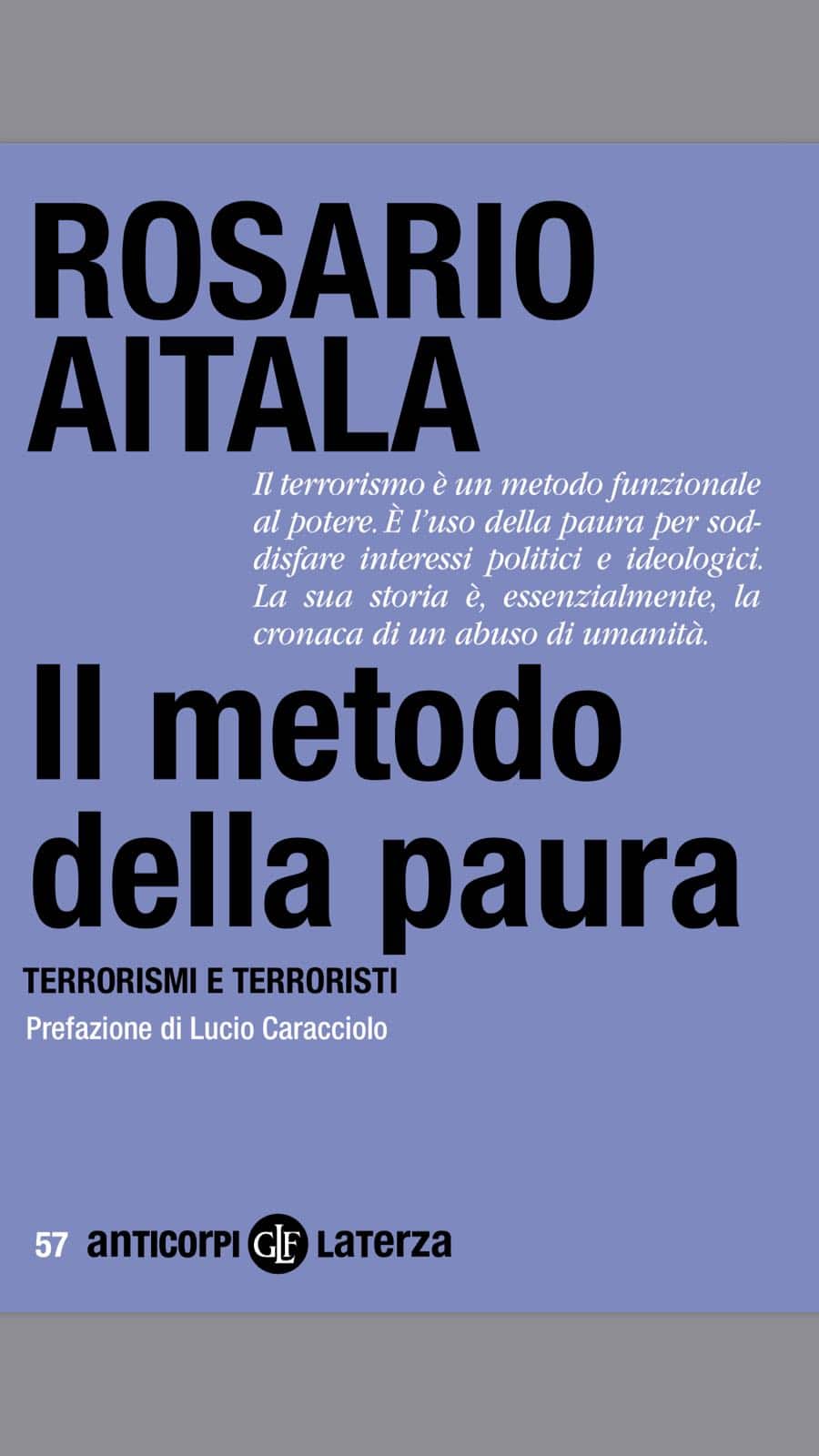