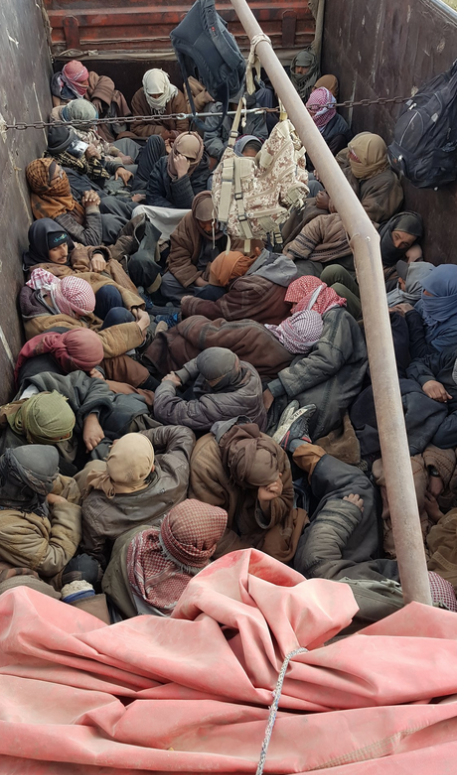 The international summit on the International Tribunal judging ISIS crimes in Iraq and Syria will be held from 25 to 27 June in Paris. Until then, SDF have frozen the repatriations of jihadists. They will deal only with humanitarian cases linked to the families of militia members of the Islamic State

From 25 to 27 June, in Paris international community will discuss the establishment of an international tribunal to judge the crimes committed by Isis militia in Iraq and Syria. The Court should deal not only with jihadists of the Islamic State, but also with family members, both wives and children. Pending the meeting, repatriations from the SDF camps in Deir Ezzor were temporarily stopped. In fact, until further notice, Jazeera Storm froze prisoners’ handovers, limiting themselves to carrying only humanitarian cases. Like orphans or overt situations in which participation in IS has been forced through violence or threats. Only last week over 800 women and children had been repatriated from Syria to their countries of origin. The last two had been two Dutch and twelve French youngsters, transferred by Ain Issa.

In Deir Ezzor, meanwhile, the arsons of the agricultural fields continue. According to Jazeera Storm, those responsible are Daesh and Turkish agents. As a result, supervision was strengthened and the population was asked for help

Meanwhile, the arsons in the agricultural fields continue in Deir Ezzor. According to the SDF, ISIS and Turkish agents are responsible. The objective is threefold: to destabilize the Syrian province, to “punish” the population for having rebelled against the Islamic State (helping Jazeera Storm), and distract the enemy from infiltration attempts. Following this, a series of operations to neutralize the Daesh groups are underway throughout the area. Especially along the Shaddadi Road, in ways that immediately stopped the fundamentalists arriving from the Euphrates. At the same time, the government of the North and North-Eastern Region of Syria asked the population for help to counter the arsons phenomenon. In particular in Al-Jazeera. The local inhabitants are invited to give their support to extinguish the fires and to report any suspicious movement noted near the crops.

Cybercrime, AstraLocker is closing its ransomware operations
BleepingComputer cybersecurity experts: The malware group submitted a ZIP archive with the decryptors to VirusTotal and now it plans to switch to cryptojacking.
Cybercrime, the mail “Re: FW: Quotation – Urgent” bait for AgentTesla
The Img attachment contains an exe file disguised as a pdf: the malware itself. Stolen data is exfiltrated via smtp.
Syria, the possible Turkey’s offensive brings Damascus and Kurdistan closer
At least 550 SAA soldiers deployed in full SDF territory: Ain Issa, al-Bab, Manbij and Kobani in a defensive key against the new Peace Spring operation.
Search
Newsletter