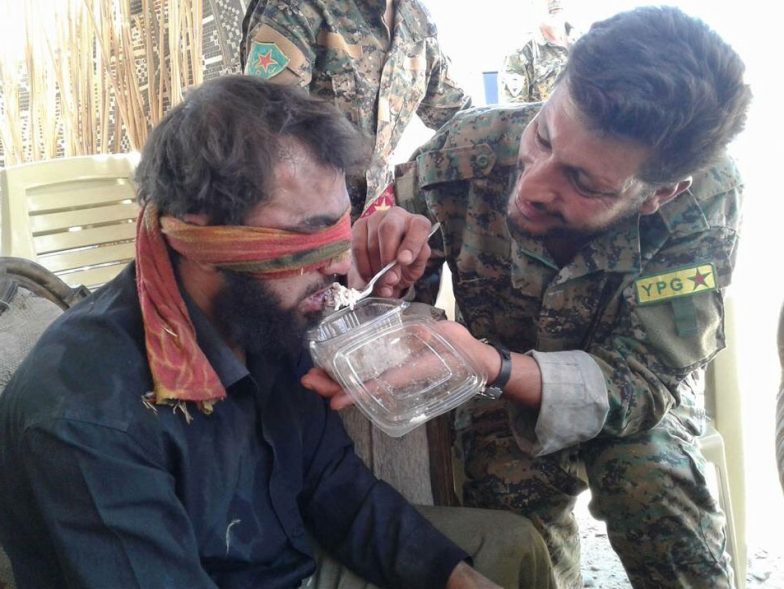 Isis, despite being defeated at Deir Ezzor, still continues to pose a threat to Syria and beyond. The SDF queue to Trump and raise the alarm: Take away immediately the foreign fighters of the Islamic State, if they were freed, it would be a catastrophe

Isis defeat at Deir Ezzor in Syria is creating an unforeseen problem for the international community: what to do with captured jihadists. Especially the foreign fighters. SDF of Operation Round Up (Jazeera Storm), which have the Islamic State militia in their hands, do not have adequate structures to manage them. Overall, these are around a thousand, to which must be added the families (wives and children) arrested in recent months. There are no official figures, but they’re approximately other 2,000 people. Hence the request of the US president, Donald Trump, to the various nations to recover their citizens, former members of Daesh. These, in fact, represent a real danger for the security of the region. Their comrades could attack the Arab-Turkish forces to free them and it is not excluded that they could try to escape and reach a safe area in which to reorganize the jihad.

At the moment, the EU does not take a position on the hypothesis of repatriated jihadists in Europe, but offers to help member countries to tackle the issue of foreign fighters

The European Union, through the High Representative for Foreign Policy Federica Mogherini, said that it has been discussed Trump’s invitation to resume the Isis jihadists arrested in Syria. On this subject, it is emphasized that no decision has yet been taken at EU level. In the meantime, Europe has offered to help member countries to manage this issue. At the moment, France and the United Kingdom have took a position. Paris has announced that it is preparing to receive  their militants of the Islamic state. London, on the other hand, poses formal objections. Then the chapter of the fundamentalists’ wives and children remains open. Where will they have to go? Together with their husbands/fathers or in their countries of origin? The topic is open and discussed at the Munich Conference. But so far it does not seem that there is a uniform position in Europe.

If the militiamen would escape, there are two possibilities: they could move to Idlib or try to return to the EU via Turkey. Or strengthen the Daesh group present in Iraq and try to reorganize the jihad

The biggest fear is that the Isis jihadists, at the moment detained in Deir Ezzor in Syria, could flee either to Idlib or to neighboring Iraq. In the first case they would strengthen the ranks of the Islamic State in the province, allied with Hayat Tahrir Al-Sham (HTS, linked to al Qaeda), or try to return home in EU from Turkey. HTS, in fact, enjoys good relations with the neighboring country, especially in border areas. In the second, instead, they would point to the desert-mountainous area of west Iraq, where over a thousand militia Daesh have already found refuge in the last six months. These, which also have large amounts of cash available, are likely to try to reorganize the group, fueling security in both countries and the entire region.