Isis in Deir Ezzor is experiencing what its victims suffered in Iraq and Syria. In fact, the Daesh mass surrenders continue, also thanks to the pressing of Jazeera Storm and the Coalition

Isis in Deir Ezzor is undergoing the same treatment it reserved for civilians between Syria and Iraq in recent years: deportation and forced shelter in makeshift tents. This is confirmed by the photos that circulate on the web and depict militiamen of the Islamic State amassed in trucks of Jazeera Storm, directed to detention centers. For the Daesh jihadists, the situation in the tent city between Wadi Ali and Harse is no better. All the belongings (few) are crammed under sheets and shawl, used as a shelter, along with empty pots. The fundamentalists, in fact, have finished the food and removing their families was not enough to recover the resources needed to survive. It is no coincidence, in fact, that mass surrenders in the IS ranks continue. This is also due to the pressing of the Arab-Kurdish forces and the International Coalition, which are destroying the tunnel network in the area.

The militiamen of the Islamic State in Baghuz Fawqani, closed between the tunnels and the tent city, are experimenting the “Contrapasso” theory: they live in terror, eating scraps. The difference, however, is that the SDF treat prisoners as human beings

Therefore, Isis was also a victim of the “Contrapasso” theory. Now it is the same militants of the Islamic State who have to bear what unjustly suffered the inhabitants of Iraq and Syria. Forced marches outdoors, living in fear of being killed and eating scraps of what was once food. With a substantial difference, though. The SDF reserve a humane and respectful treatment for prisoners. They take care of them and feed. Furthermore, they do not torture them to death in interrogations. They treat them as human beings, which Daesh has never done to what was called the “war booty”. Above all women and children, sold at the slave markets or turned into “soldiers” after careful brainwashing.

Some images from social media about the Isis Tent City 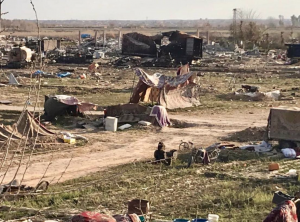 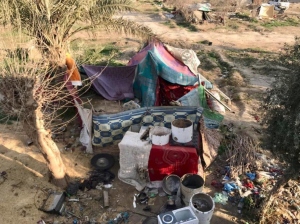 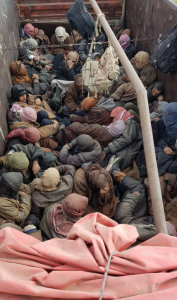 Cybercrime, Nobelium exploits a new custom malware: Ceeloader
Mandiant cybersecurity experts: The APT (aka UNC2452) also shows two distinct clusters of activity, UNC3004 and UNC2652.
Iraq, the lioness Bayan Osman chases the Islamic State from Kidir Jijia
The woman and her family defended the village from an attack by 30 pro-ISIS militiamen. She has lost three of her six sons, but she does not give up and is ready to defeat them again.
Cybercime, NginRAT targets the E-Commerce Nginx web server
Sansec cybersecurity experts: The new parasitic malware, spread by CronRAT, hijacks a host Nginx application to masquerade its presence.
Search
Newsletter