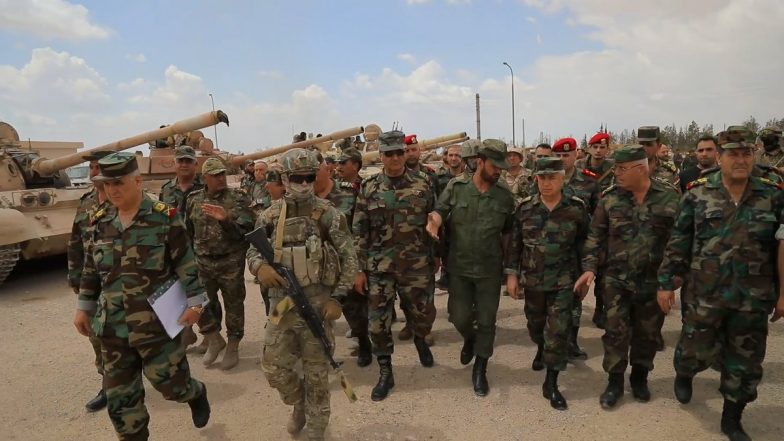 Damascus, after east Ghouta, is preparing an attack in force against Daraa and Idlib. However the operations will not be easy

The Syrian army (SAA) is preparing 2 new maxi offensives, after east Ghouta: one at Daraa, along the border with Lebanon and Jordan, the other at Idlib. In both cases the military have launched leaflets, in which the rebels are warned of the imminent beginning of the maneuvers. Moreover, they are reminded that they have two options: to surrender (by reconciling) or to die. In the first campaign the initial objective will be to divide the area in two separate and isolated quadrants, just like in the enclave. Indeed, the Tiger Forces are waiting for the operation to begin, lined up in the northern area of the city of Daraa. Moreover, in the east there is also a territory (from Tasil to Al Kuwayyah) controlled by Daesh. In the second case, instead, the situation will be more complicated. This is due to the vicinity of Turkey and to the fact that Ankara actively supports the local militia, in an anti YPG-PKK key.

At Deir Ezzor, Daesh attacks Mayadeen again to open up an escape route towards the desert of Badiya and kills at least 4 Russian militaries. The SDF maneuvers against the Islamic State, however, slow down because of a violent sand storm

Meanwhile, at Deir Ezzor, Daesh continues to attack Mayadeen and in the west, to create a corridor of escape towards the desert of Badiya. As a result in the last surprise offensive of the Islamic State about twenty soldiers of the Syrian army and at least 4 Russian military advisors lost their lives. The news of the death of these last has also been confirmed by the ministry of Defense of Moscow, which however, has not provided further details. The Isis militiamen, in fact, are aware that in the east the operation Jazeera Storm of the SDF is advancing and the road is blocked. Therefore, the only way through is the west. Meanwhile, the situation in the province is temporarily frozen due to a violent sand storm coming from Iraq. Because of its density and intensity, which damaged the local energy infrastructures, road traffic was
blocked in the entire region.

One of the leaflets launched by Damascus on Daraa and Idlib 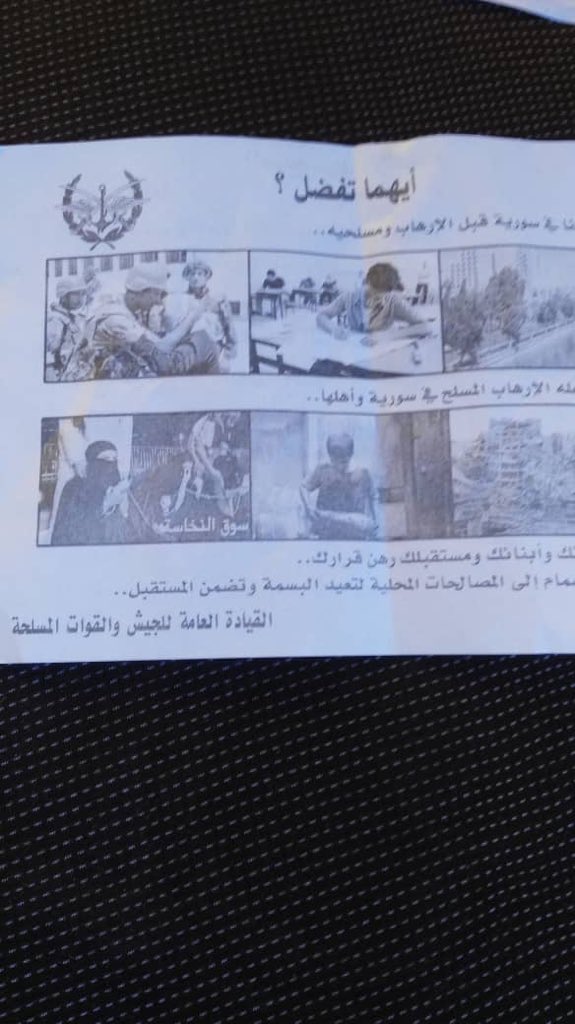 Cybercrime, new AgentTesla campaign via payment
The email xlsx attachment contacts a url and download the exe: the malware. Stolen data is exfiltrated via SMTP.
Iraq, the Islamic State loses another of its major assets
Ayman Latif Al-Marawi, alias Abu Jandal, was captured by the ISF in Salah al-Din. He was one of the military leaders of the pro-ISIS jihadists in Anbar.
Cybercrime, Formbook passes through a false purchase order
The email rar attachment contains an exe file: the malware itself.
Search
Newsletter