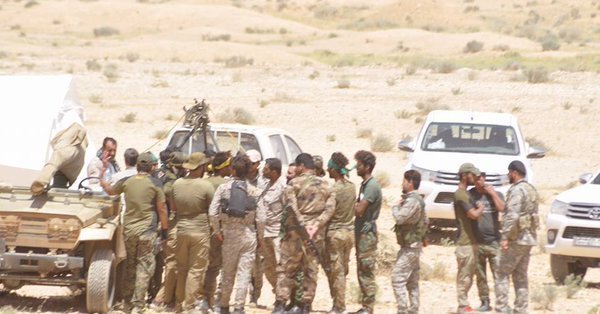 It is confirmed, Daesh in Syria is trying by all means to reach the Badiya desert in the province of Homs. The Islamic State is aware that it has no hope at Deir Ezzor

It is confirmed, Daesh in Syria is trying by all means to reach the Badiya desert in the province of Homs. The militiamen of the Islamic State launched a new series of attacks against the army of Damascus (SAA) in the area of Mayadeen, but were rejected. The objective was to break the defenses of the SAA and create a corridor towards the west. This could have been used by the Isis jihadists trapped both at east right in the Middle Euphrates Valley (MERV), on the border with Iraq, and in the south between Hajin and Harse. The eastern front, in fact, is being blocked by the SDF of Jazeera Storm (Round Up operation), which is advancing. As a result, they have just asked the inhabitants of Al-Shayer, Tal Al-Manakh and Tal Safuk to evacuate. Therefore, the entire area east of the Euphrates is now closed. The only way of escape left is the one towards the west in the desert to reach the border with Iraq and Jordan.

Meanwhile, on the social media the news spreads on the fact that the Iranian forces at Deir Ezzor have announced the beginning of the final battle to chase Daesh out of the Syrian province. Paramilitary units, led by elements of the Islamic Revolution Guards Corp (IGRC), should be operating alongside the SAA in the desert of Badiya. The same, together with the soldiers of Damascus, have already freed from militiamen of the Islamic State the area between Mayaden and Faydat Muwaynah. Therefore, they would have to move towards the west. It is not clear, however, what will happen to Abu Kamal (Al Bukamal), where there is a large garrison of soldiers, who suffer attacks by Isis almost on a daily basis. Most probably there will not be great changes. The equipment will be left in the area but they will not receive the reinforcements necessary to advance against the jihadists. Actually, it will be the responsibility of the SDF to eliminate those east of the city, who represent the main threat.