During the month of October in Southeast Asia, three incidents linked to the activities of criminal gangs against ships in transit in the Singapore Strait quadrant were recorded. Two occurred on the same day and were likely perpetrated by the same group. As it is often the case in the area, perpetrators will usually manage to board the vessels, even when underway, and steal equipment. Further South, in Panjang anchorage a bulk carrier was boarded, and some equipment stolen. In the Philippines, the Coast Guard was put on high alert for the “Undas”, the All Saint’s Day, resulting in a prospected increased presence in Philippines waters of security assets. 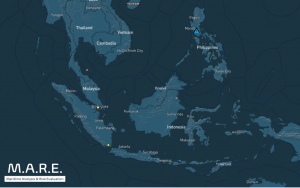 In the Indian Ocean region, the truce between the Houthis and the Saudi-led coalition came to an end during the early days of October. As expected, this setback resulted in the resurgence of Yemeni conflict related threats to commercial shipping in the general area. ‘Warning attacks’ were carried out by the Houthis in two Yemeni oil ports and Al-Mukalla port was temporarily closed due to the presence of drones in the port area. Further maritime incidents are likely in the upcoming weeks as the conflict escalates on land.

In the Gulf of Oman, the month of October recorded several drug smuggling interdictions carried out by naval assets of the Combined Task Force 150 (CTF150). Further North, in the Strait of Hormuz, the Islamic Revolutionary Guard Corps (IRGC) seized the Greek managed tanker ARIANA on suspicion of carrying smuggled fuel. In May two Greek tankers had been seized in the area on similar grounds. 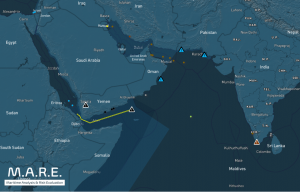 In the Black Sea, the conflict between Ukraine and Russia continues to severely impact maritime trade and infrastructure. Earlier during the month, the Kerch Strait bridge was partially damaged following a Ukrainian attack. A week later the port of Mykolaiv was again targeted by the Russians with the used of kamikaze drones. Recent weeks skirmishes culminated in the October 29th attack to Sevastopol port with the use of airborne and seaborne drones. The attack was successful in damaging some port infrastructure and one, possibly two naval assets, including a frigate. Immediate reaction from the Russians was to suspend their participation to the Black Sea Grain Initiative (BSGI) exposing merchant ships to possible attacks during the upcoming weeks. 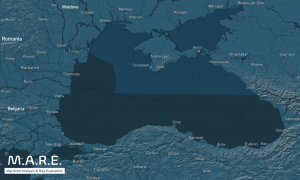 During the month of October, in the Mediterranean Sea, several incidents involving migrants were recorded. The most impacted area remains the Tunisia-Italy axis with at least 3 events reported. Other rescues, operated by NGOs, were recorded close the Libyan territorial waters. Italian ports of Lampedusa, Crotone and Taranto remain the main ports of disembarkation of rescued migrants.

In the Eastern sector of the Mediterranean Sea, Israeli authorities continue to attack local Palestinian fishing community with October recording the major number of interactions of the last several months. It is not unusual that Israeli Naval forces shoot at the fishing vessels, including with tear gas bombs, in an attempt to force the fishing boats to return to shore. 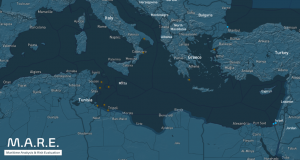 The Gulf of Guinea

In the waters of the Gulf of Guinea, the period of calm that has lasted since December 2021 was disrupted by a sea robbery incident occurred against a local Offshore Supply Vessel (OSV) off Escravos in the Niger Delta. Although the incident is not seen as a direct threat to international commercial vessels, it still demonstrates the capabilities of local groups to act undisturbed, especially if we look at the sea robbers modus operandi.

The tensions around the award to former MEND leader Tompolo of an important security contract have not eased with several groups presenting ultimatums to the Federal Government across the broader Niger Delta region. Also, changes at local level, including recently applied anti-oil theft strategies will possibly unsettle some balances which, coupled with the upcoming elections of February 2023, could trigger a resurgence of offshore maritime piracy towards the end of Q4 2022. 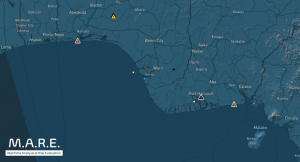 In ​​Central America, several interdictions were performed by the US Coast Guard against illegal Cuban migrants attempting to reach the Key West islands. Further migrants were intercepted between the Dominican Republic and Puerto Rico. All Haitian nationals, they were attempting to flee the dramatic situation that has been afflicting their homeland.

Further South, in Lima, a sea robbery event was recorded against an oil tanker marking the 10th reported event in same area over 2022. After Macapa in Brazil, the port of Lima is the most interested by sea robbery events of the Latin American continent.

Finally, in Brazil, protest in support of outgoing President Bolsonaro were organized by local trucker across the country. Santos and Paranagua port will likely see their operations disrupted during the first days of November as grain cargos movement across the country remains idle. 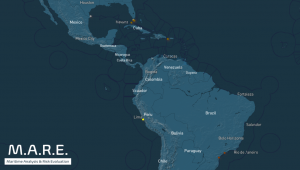