During the month of November in South-East Asia, a substantial increase in the number of boardings against commercial ships in transit in the Singapore Strait quadrant was recorded. Compared to the monthly average of 4 incidents, during the month of November 9 incidents were recorded joining February (8) and July (9) as the months in 2022 with the highest peaks. As it is often the case in the area, some of these occurred within hours and around the same position indicating that the ships were likely boarded by the same perpetrators. The Singapore Strait is not the only place affected by sea robbery attempts in the area. A successful sea robbery was also recorded in Vietnam against a chemical tanker this month. 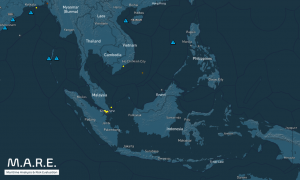 In the Indian Ocean region, the termination of the Yemen-Houthi truce continues to affect operations in southern Yemeni ports. During the month of November ‘warning attacks’ were launched against Qena, Di’r Ali and Ash Shihr terminal. During the latest incident an oil tanker was directly affected by the strike but was later able to continue its voyage. Further maritime incidents are likely in the upcoming weeks as the conflict escalates on land.

In the Gulf of Oman, some incidents were recorded including the attack with the use of aerial drones against an Israeli controlled tanker. The incident resulted in some minor damages to the tanker.

In Suez anchorage, another sea robbery was recorded. This is the fourth reported sea robbery since June 2022.  All ships are advised to exercise caution in the area as similar incidents are likely to continue over the upcoming months. Further South, in Eritrean waters, two pleasure crafts were intercepted over the month. Initially believed to be “piracy” attacks, it was later disclosed that the pleasure crafts had been approached by local Coast Guard. 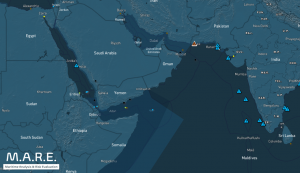 In the Black Sea, sea mine incidents continue to occasionally occur. During the month of November two of such events were recorded, one in Odessa and the other further South in Turkey.

The initial declarations in the aftermath of the October 29th Sevastopol port attack were not followed and during the month the grain corridor initiative slowly resumed. This did not stop both parties to continue their military operations. The port of Mykolaiv was targeted by Russian missiles early during the month while the Ukrainians followed suit with multiple attacks against Russian strategic locations, including Kinburn peninsula, Sevastopol, and Novorossiysk ports. As per latest modus operandi, most of the attacks were carried out with the use of maritime and aerial drones. 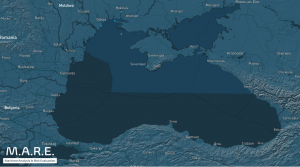 In the Mediterranean Sea, the last few fair-weather days before winter season have pushed many to attempt the crossing both from Northern Africa and the Middle East towards the European continent. Several incidents involving migrants were recorded. Compared to previous months were the Tunisia-Italy axis was the most interested by this phenomenon, during the month of November several incidents were recorded off the coasts of Greece and Turkey. It is worth nothing that, as recorded in several other instances, there are numerous testimonies of the involvement of the Greek Coast Guard in illegally abandoning at sea off the coasts of Turkey previously rescued migrants.

The Gulf of Guinea

In the waters of the Gulf of Guinea, the month of November saw the occurrence of yet another petro-piracy incident, the second of 2022. The same vessel was involved in both incidents which occurred off Ivory Coast. With a total of three kidnapping/hijacking incidents and two attempted piracy attacks, 2022 has recorded the lowest number of piracy related events of the past 5 years.

In Nigeria mainland, and particularly the area of Akwa Ibom, local criminals and militants were involved in the kidnapping of oil workers and attacks both against riverine communities and fishermen at sea.

Further west, in Ghana and Sierra Leone, sea robbery incidents were recorded during the month. In one circumstance, the sea robbers demonstrated aggressive behavior against the crew. 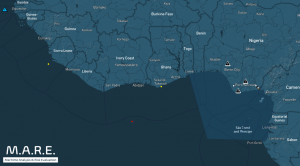 In Central America, several rescue operations were performed by the US Coast Guard. These were predominantly involving Cuban migrants attempting to reach Key West islands. The month was also characterized by several anti-narcotics operations which also resulted in drug enforcement personnel being killed.

Further West, in the Bay of Campeche, an offshore supply vessel was boarded by sea robbers resulting in equipment being stolen. This is the eight incident of such kind recorded in 2022 in the bay’s oil fields.

Other sea robbery events were recorded in Peru, Guyana, and Venezuela with Lima and Georgetown the most impacted by this phenomenon. 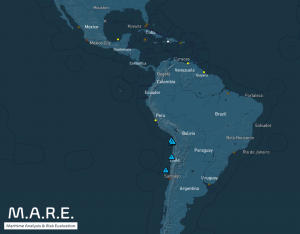 Cybercrime, new Lokibot campaign via HSBC payment advice
The xz attachment of a fake bank email contains an exe file: the malware.
Syria, 20 Islamic State militiamen fleeing the Aswad prison in Raju
The pro-Isis jihadists, among the most dangerous, escaped from the Black Prison by exploiting the earthquake. They point to Turkey or Aleppo.
Cybercrime, Formbook passes from the UAE and a purchase order
The gz attachment of the email contains an exe file: the malware.
Search
Newsletter