Sami Jasim al-Jaburi, “finance minister” of the Islamic State, was captured abroad by the Iraqi INIS. Perhaps Inherent Resolve and the SDF also contributed to the raid. The terrorist was al-Baghdadi’s right-hand man and ran the funds of ISIS

Sami Jasim al-Jaburi, “finance minister” of the Islamic State was captured by the Iraqi security forces. The terrorist, Abu Bakr al-Baghdadi’s deputy, was one of the most wanted men of the former ISIS and still managed the money of the Islamic State today. Al-Jabuti was arrested by Baghdad intelligence (INIS) in an operation abroad, but no details were provided. Moreover, the announcement of his capture was given directly by Prime Minister Mustafa Al-Kadhimi on his Twitter profile. According to local sources, the jihadist may have been caught or in Turkey or in eastern Syria, where he would have fled feeling the breath of the ISF on his neck. Al-Jaburi, however, was also on the US black list, which had offered $ 5 million for information that would lead to his capture. Consequently, it is not excluded that Inherent Resolve and the SDF also contributed to the raid, especially in the event of confirmation of the indiscretion on Syria. 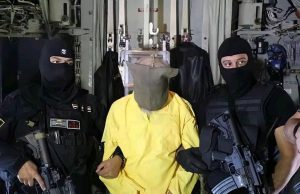 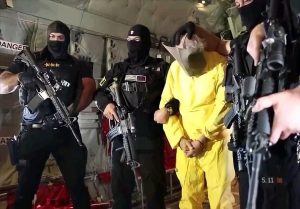