Isis suffers a very hard blow in Iraq. A skilled forger was caught in Erbil,. He had 329 forged documents with him. Among these, various permits to cross the border and military identity cards

Isis suffers a very hard blow in Iraqi Kurdistan: the Erbil police arrested a forger, probably linked to the IS jihadists. The man was found in possession of 329 forged documents, some of which also translated into English, as well as Ministry of Justice and military identity cards (including one from a major of the anti-terrorist forces), and vehicle license plates. Among the papers found, however, there are some related to the Kurdish regional government (KRG) to that of Baghdad and to some consulates. In addition, the ISF have discovered several passports and authorizations to cross national borders. The criminal had been under observation for some time and the raid was triggered when there was a real danger that he could pollute the evidence or flee.

The entire IS logistics and support infrastructure in the country is at risk. The criminal, however, has already begun to confess

With the capture of the forger, Isis and the criminal groups lose a very valuable facilitator in Iraq. Both in terms of freedom of movement and operational capacity. The forged documents, in fact, were mainly used by IS militiamen to pass ISF checkpoints and controls, as well as to move in and out of the borders with Syria. Consequently, carrying out attacks inside the country and transferring men or resources will become much more difficult. In addition, the information that man possesses must be taken into account. This has already begun to confess and could reveal important elements that would jeopardize the leadership, as well as all the logistics and support infrastructure of the terrorists in the Middle Eastern nation.

Some pictures of the forged documents found by Police 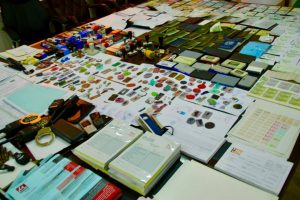 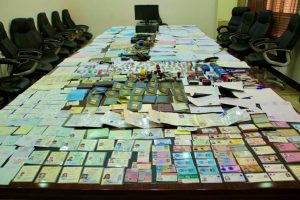 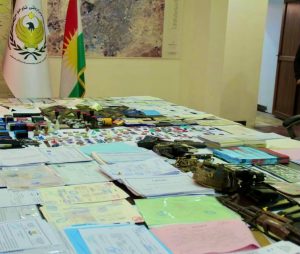 Cybercrime, new Dridex campaign via couriers and Cutwail
Fake xlsm invoice, distributed by the botnet, contacts random links from an internal list and download the malware.
Cyber Espionage, new Android spyware in Iran disguised as students app
The cybersecurity researcher bl4ckh0l3z: It steals a lot of info. The malware is part of the ongoing Domestic Kitten internal operation.
Syria, Isis attacks the SAA south of Deir Ezzor from behind
IS ambush on a bus in Shula, while the bulk of the clashes are concentrated on Deir Ezzor-Homs highway. Damascus hopes in Russian soldiers.
Search
Newsletter