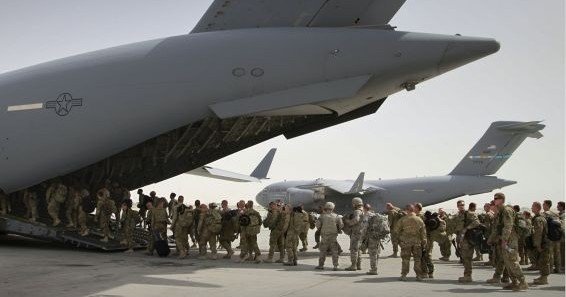 Reuters publishes a letter announcing its departure from Iraq, following requests from Parliament and the prime minister. The Pentagon, however, denies. According to rumors, US forces could go to Syria, Jordan, Kuwait and Saudi Arabia. This is to continue the fight against Isis and monitor Iran’s moves

Will the US-led International Anti-Isis Coalition leave Iraq? It would have formally communicated it to the government of Baghdad with a letter, quoted by Reuters, announcing the relocation of Inherent Resolve forces out of the country in the coming weeks. The Pentagon, however, denies as CNN reports. There are no official confirmations, but according to military sources, some of them could be transferred to eastern Syria to Deir Ezzor. Others, however, distributed between Kuwait, Jordan and Saudi Arabia. The goal, in fact, is to continue the fight against the Islamic State and at the same time to be ready to intervene very quickly in the event of attacks by Iran or its allies against US interests in Iraq and in the region. However, new structures are already present in these countries, sent recently following the threats of Tehran after the killing of General Qasem Soleimani. Meanwhile, support for anti-Daesh operations in the area has been frozen.

Baghdad negotiates with China and Russia to replace the International Coalition in the war against the Islamic State. But this, even in the best case, will take time. Until then will the ISF be able to fight Daesh? Meanwhile, the pressure on IS in Deir Ezzor will increase

The departure of Inherent Resolve from Iraq poses a serious problem on the internal security front in the country, especially in an anti-Isis key. Baghdad is trying to find a solution, starting contacts with China and Russia so that they can fill the void left in the fight against the Islamic State. Analysts, however, express fears about it. Indeed, reaching agreements will take time. How to send contingents and get them set. Furthermore, it is not certain that until then, the ISF will be able – alone – to effectively counter Daesh. Especially as a result of the fact that the jihadists are already trying to take advantage of the situation to raise heads and extend influence in the Middle Eastern nation. The opposite is true for Syria. In Deir Ezzor in all likelihood there will be an unexpected increase in pressing on IS by the SDF and the International Coalition.

Cybercrime, Lokibot hides behind a request for confirmation on a wire transfer
The rar email attachment contains an exe: the malware itself. This, if opened, activates the infection chain.
Cybercrime, the Omicron COVID-19 variant used to spread RedLine Stealer
FortiGuard Labs cybersecurity experts found the “Omicron Stats.exe”, a variant of the malware. Probably, the infection vector is an email. Beware”.
Syria, the Islamic State in Al-Hol targets humanitarian personnel
Former ISIS militiamen injure an International Red Cross doctor and kill a Red Crescent nurse from Hasaka. IS tries to raise its head.
Search
Newsletter