Triple malware campaign in a single email. Three gz attachments carry SnakeKeylogger, AgentTesla, and a Python executable, which should download another payload. In the first two cases, the stolen data is exfiltrated via SMTP

Triple malware campaign in a single email from a company in Pakistan. 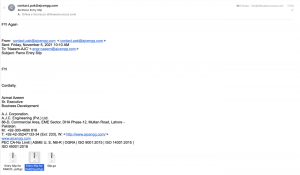 The three gz attachments carry SnakeKeylogger, Agent Tesla and an executable written in Python, which should download an additional payload, currently unknown. 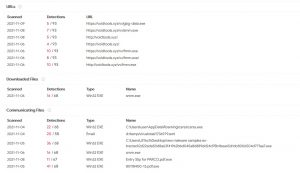 Each file contains an exe, which – if opened – starts the infection. Furthermore, data stolen by SnakeKeylogger and AgentTesla is exfiltrated by cybercrime actors via SMTP.

Cyber Warfare, Anonymous Italia prepares the “final offensive” against Killnet
It will start at 04:00, will have a power of dozens TB and will involve at least 100 Anon. It is the response to the DDoS attacks against Italy. The targets are top Secret, but heavy damage to Russia is expected.
Cybercrime: RemcosRAT campaign via fake bank remittance
The xlsx attachment contains an exe file: the malware itself.
Cybercrime, Sysrv – K targets Windows, Linux to steal cryptocurrencies
Microsoft cybersecurity experts: The botnet exploits unpatched vulnerabilities in the Spring Framework and WordPress plugins to infect systems with mining malware.
Search
Newsletter