New malspam campaign to distribute Dridex via fake invoices. The emails contain an xlsm attachment which, if opened, contacts a random link from an internal list and downloads a DLL. This starts the malware infection

Dridex strikes with a new malspam campaign linked to fake invoices. The email contains an xlsm attachment which, if opened, contacts a random link from an internal list that downloads a DLL, which starts the malware infection chain. Dridex is a very dangerous banking Trojan used by cybercrime, which has long been the protagonist of campaigns all over the world, especially with a courier theme. The targets are mainly companies, but not only.

The mail with the fake invoice

The image of the false invoice 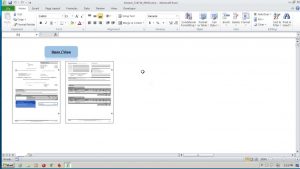 The confirmation that the sample is Dridex

Cyber Warfare, the entire Anonymous galaxy declares war on Killnet
The call is for all Anons worldwide. Meanwhile, Anonymous Italia has hit over 100 Russian banks and revealed who the leaders of the pro-Putin group are.
Afghanistan, ISKP SVBIED attack against the Taliban in Kabul
The commemoration for the death of Mullah Akhtar Mansour, attended by some Islamic Emirate leaders, was hit. The pro-ISIS jihadists want to raise their heads.
Cyber Warfare, Anonymous Italia prepares the “final offensive” against Killnet
It will start at 04:00, will have a power of dozens TB and will involve at least 100 Anon. It is the response to the DDoS attacks against Italy. The targets are top Secret, but heavy damage to Russia is expected.
Search
Newsletter