The Dridex campaign is back, this time hiding behind a fake ADP email. The .xlsm attachment, if opened, contacts a link chosen randomly from an internal list that downloads a DLL and infects the PC with malware

Dridex returns with a new campaign, hiding behind a fake email from the consulting firm ADP. The decoy are always alleged attached invoices, an .xlsm document. This, when opened, contacts a malicious link chosen randomly from a list within it that downloads a DLL and infects the computer with the malware. Dridex is a very dangerous banking Trojan used by cybercrime, which has long been the protagonist of campaigns all over the world, especially with a courier theme. The targets are mainly companies, but not only. 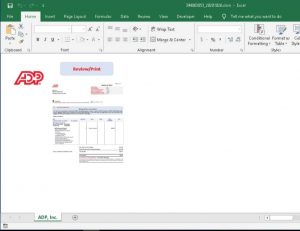 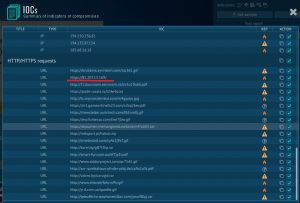 Cybercrime, Matanbuchus Loader is a new MaaS by a BelialDemon
Palo Alto Networks cybersecurity experts: The malware has several capabilities and, along with the gang’s name, references to Ascension of Isaiah 2:4.
Syria, the SAA is preparing for a maxi operation against the Islamic State in Badia
Huge reinforcements on the way to Raqqa, Homs and Deir Ezzor. They will operate simultaneously to avoid isolated units, easy targets for IS.
Cybercrime, Clop ransomware gang disrupted by an international operation
US, South Korean and Ukrainian law enforcements shut down the infrastructure and seized the servers. Egregor, NetWalker and Emotet suffered the same fate.
Search
Newsletter