ClipBanker and PhoenixMiner conveyed via fake saved photos. The exe file is redline stealer. This, once opened, automatically downloads the other two malware: a banking trojan and a cryptominer

ClipBanker and PhoenixMiner are conveyed with the bait of fake photos saved on nVidia’s Instant Replay. The file, discovered by MalwareHunterTeam, is an exe: redline stealer. 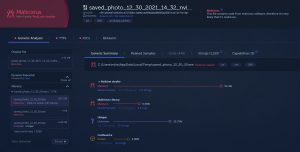 This, once opened, automatically downloads the other two malware. 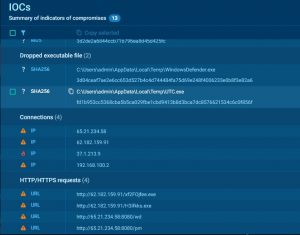 It is not clear, however, at the moment which is the vehicle of the initial malicious document. ClipBanker is a banking trojan and info-stealer, used by cybercrime actors to exfiltrate sensitive information from infected computers. PhoenixMiner, on the other hand, is a cryptominer that generates Ethereum and that supports both AMD and nVdidia cards.

Cybercrime, “NEW ORDER” campaign conveys AgentTesla
The zip attachment contains an exe file: the malware itself. Stolen data is exfiltrated via SMTP.
Cybercrime, RansomHouse is a new group just appeared on darkweb
Bleeping Computer cybersecurity experts: Threat Actors, instead using ransomware, seems focused on breaching networks through alleged vulnerabilities to steal data.
Cybercrime, Lokibot is hidden in an email from India
The Ace attachment of the message contains an exe file: the malware itself.
Search
Newsletter