A global campaign on fake invoices carries hybrid Drixex-Smokeloader malware. The xlsm attachment contacts a random link from an internal list and downloads the dll, which contains the hybrid between the trojan and the backdoor-loader

There is a hybrid malware consisting of Smokeloader and Dridex, which is currently being delivered through a global malspam campaign, which uses fake invoices as bait. The attachment is an xlsm file which, if opened, contacts a random link from an internal list and downloads the dll. This then downloads the hybrid malware formed by the two families. Dridex is a very dangerous banking Trojan used by cybercrime, which has long been the protagonist of campaigns all over the world, especially with a courier theme. The targets are mainly companies, but not only. Smokeloader, on the other hand, is a backdoor and a loader created to download further malicious codes.

The email with the fake invoice 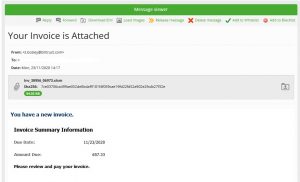 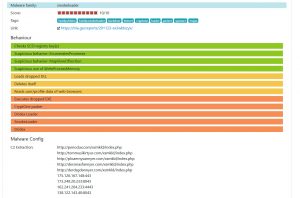 Ukraine, Team OneFist brings cyber warfare against Russia into Space
IT Army of Ukraine group hacks 12 command and control stations on Earth for Moscow Satis satellites. Goal: block detection and targeting Kyiv forces.
Ukraine, Russia begins to have problems in Syria too
Failed Federation strikes on a Jayish Al-Izza base in Idlib. Someone had tipped off. Moreover, an action of "friendly fire" is hypothesized.
Cyber Warfare, Team OneFist launches Op Boomerang against Russian TLCs
Objective: to block the partial mobilization against Ukraine, hitting logistics and communications. The group is part of IT Army of Ukraine.
Search
Newsletter