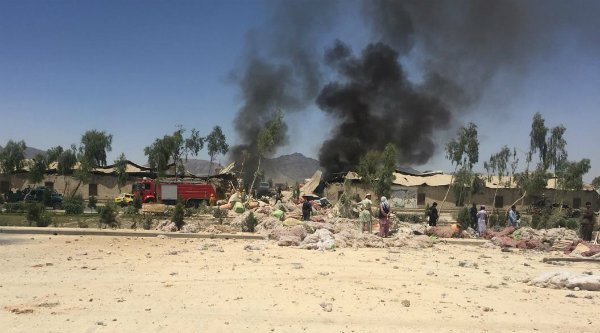 Fourth ISKP attack on a place of worship in Afghanistan in 2 weeks. Imam Bargah mosque in Kandahar hit. The former ISIS jihadists want to discredit the Taliban and “punish” the Shiite infidels. Furthermore, the timing confirms that they will keep pressing the Islamic Emirate

Yet another bomb attack on a mosque in Afghanistan, the fourth in less than two weeks. This time it was the Shiite one of Imam Bargah in Kandahar that was targeted and, as in previous cases, there are numerous victims. The action is attributable to ISIS Khorasan Province (ISKP), which launched a war against the Taliban. The attacks on places of worship have a twofold objective: on the one hand, to hit the credibility of the Islamic Emirate while it seeks to gain accreditation with the international community. On the other hand, “punishing” the Shiites, considered infidels by the Sunni jihadists. In recent days, ISKP had carried out similar massacres at the Eid Gah mosque north of Kabul, the Shiite one of Sayyidabad in Kunduz and at madrassa in Khost. The wake of attacks confirms that the former ISIS militiamen are not afraid of the Islamic Emirate.

ISKP will maintain pressure on the Taliban. This is confirmed by the continuous attacks and the arrival in Afghanistan of numerous extremists from Iraq and Syria

The continuing attacks by ISKP against the Taliban confirms that the ex-ISIS jihadists intend to keep the pressure on the Islamic Emirate high. Furthermore, they aim to expand their influence and presence in Afghanistan. The Russian president himself, Vladimir Putin, denounced just a few days ago that the Asian country is filling up with extremists, who come mainly from Iraq and Syria. They are the militiamen of the Islamic State, fleeing the offensives of local forces in cooperation with Inherent Resolve, who are looking for a safer and “fertile” place to try to reconstitute the Caliphate.