The Isis Naba’a magazine has undergone an involuntary metamorphosis, thanks to only 6 persons. They are called Daeshgram and are a group of Iraqi hackers

The entire Isis online propaganda machine was brought to its knees by only six persons. They are called Daeshgram and are a group of Iraqi hackers who decided one day to get together and start fighting the Islamic State through the web. Their last operation created chaos among the jihadists on what they thought was safer. Communications on social media Telegram. What happened? The Iraqi collective hackered the weekly magazine Naba’a, one of the most popular for the supporters of terrorists, sent Thursday or Friday through messenger, replacing the original text with another one written by the group. Before long among the supporters of the IS this fake version of the magazine started to circulate, spreading the news before anybody realized it.

Daeshgram disseminated a fake version of the Islamic State propaganda magazine, that has been shared not less than 500 times and creates the chaos in Daesh Telegram channels

Daeshgram, which released an interview for the first time, explained to Difesa e Sicurezza that “the fake version of Naba’a was shared not less than 500 times”. Furthermore, as soon as somebody realized that there was something wrong, there was chaos. The Iraqi hackers declared that “Many supporters, who were considered reliable, shared the fake weekly and several of them started to panic when they realized that they had been deceived. Now, actually, there is an internal war going on through the channels of Telegram among its members, who are accusing each other of treason and of the responsibility of what happened. In many of the groups the members asked the management to expel them. And they often also accused them for not having promptly sent a warning on what was happening. Some of them had done so, but others hadn’t. Various supporters, fearing retaliation or fear, decided to dissociate themselves independently”.

Daeshgram, “We attained our objective: to confuse and scare the Isis members online, making them doubt of each other in the only place where they thought they were safe: Internet

Furthermore, however, numerous persons who clicked on the link issued by Daeshgram, “thought that their computer had been infected by a virus”. In practice, “we have attained our objective: to confuse and scare the members of Isis online, making them doubt of each other in the only place where they thought they could not be attacked: internet.” Then “we managed to have many supporters and administrators expelled from the channels”. As a consequence, the whole communication system of the Islamic State through social media was severely weakened and many channels actually even closed. In all this there is also an interesting fact. “The trust the supporters had towards Daesh on the web seems to have collapsed recently- added the collective -. At the beginning they thought that there were two teams, each of which ran a different version of Naba’a. However, after they discovered what had actually happened they were even more discouraged”.

The six Iraqi hackers are not new to operations of this kind. In the previous, they had targeted Amaq, another main organ of propaganda of Daesh on internet. Also in this case they had managed to create chaos, but then the administrators of the social media had made them know that they had armored the whole communications system. But this obviously didn’t work. Nonetheless, the operation of the past hours was more complex and on a larger scale compared to the previous one. “Work was done on about 120 channels with an average of 150 subscribers each”, the group stated

The online war against the terrorists, however, has not ended. But Daeshgram is preparing new operations against the Islamic State

The online war against the terrorists, however, has not ended. Daeshgram, however, advises that it will go on, although their targets are obviously strictly confidential. What is certain is that the 6 hackers want to set an example for all the other activists, inviting them too to go online and fight the jihadist propaganda. There is not only one method to succeed in contrasting the Islamic State on the web – concludes the collective-. But the more people join the battle, the more chances will there be to destroy the online propaganda of Daesh. 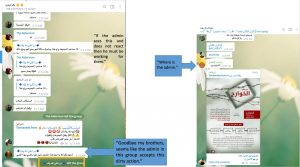 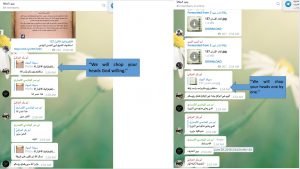 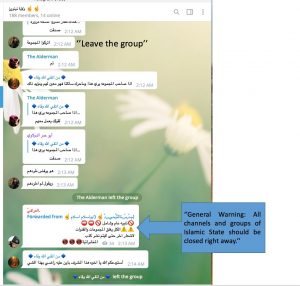