Disclaimer: This article does not intend to target any specific community or hurt any religious sentiments. The analysis is purely based on facts and information researched by Nitin Pandey and Naveen Kumar S.

The Covid-19 pandemic, but the wars have not ceased

The COVID-19 pandemic has brought us woes and opportunities alike. No offices, no going outside, no schools or colleges, we know the deal. The pandemic has taken over 1.5 million lives worldwide, with most cases in the United States followed by India, Brazil, Russia, France et al. But, where the risk of being killed by a bullet is more than getting infected by the COVID, the war was never over. Instead, it went ‘online’. As the pandemic spread worldwide, the United Nations and many international bodies have appealed for a worldwide ceasefire in armed conflicts on humanitarian grounds. While the UN’s credibility in curbing conflicts has always been controversial, many factions indeed responded to the call for ceasefire. However, ceasefires must not be confused with cessation of hostilities, which have always been fragile and fighting still rages on in many parts of these regions. 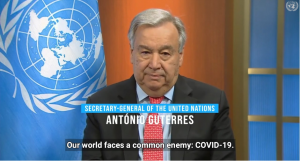 Ceasefires must not be confused with cessation of hostilities

For example, when the Saudi-led coalition in Yemen declared a unilateral ceasefire on April 9th, its forces conducted dozens of airstrikes within a span of just one week after the declaration. Another faction in the same region, the Southern Transitional Council announced ‘self-rule’ in some parts and another major faction, the Houthis, launched an offensive in August. Similarly, in Libya, Syria, Iraq and Afghanistan where the lives have already been affected by war, the COVID pandemic has proved to be nothing more than just a temporary distraction.

Where does Isis fit in?

It is of no debate that the territorial ambitions of the Islamic State of Iraq and Syria (Isis, ISIL, aka Daesh or IS) are now barely even cognizable, at least in the Middle East. However, the ideology never stops. Just like there are still some over-enthusiastic people drawing up anti-Semitic Nazi symbols, the idea of an own Islamic Caliphate ruled by Sharqiyah laws is too lucrative to forget for many extremist Muslims around the globe. Even with lesser territory, IS groups still operate in Libya, Syria, Iraq, Africa, and eastern Afghanistan. The shift has become towards establishing strongholds in Africa, where poaching, extortion, and mineral trade has made it an economically viable safe haven for militants from around the world. 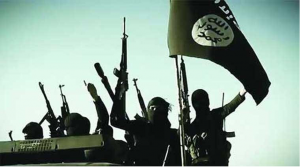 The Lone Wolves attacks and the Indonesia affair

The major ‘feature’ that the terrorists brought to the table was Lone Wolf attacks. These are not new, but have increased dramatically since the ‘establishment’ of Islamic State. Those who could not come and join Baghdadi’s call in Syria/Iraq were encouraged to carry out independent attacks. Recent examples include the Streatham Stabbing, Vienna attack, etc. The Sri Lankan Easter Bombings were an attack during which multiple bomb blasts rocked the commercial capital Colombo and other major cities of Sri Lanka on 21st April, 2019. The bombings killed over 250 people including police officers and foreign nationals, and injured over 500. The scale and coordination of the attacks were seen as a major intelligence failure; and ignorance as inputs of an imminent attack were given by Indian intelligence agencies as early as 4 April, and again on the night before, and as close as two hours, before the first attack. This included information about the threat to churches, gathered from interrogation of a suspected ISIL recruit in Indian custody. The attack was claimed by National Towheeth Jama’ath, a group which pledged allegiance to the ISIL.

How to keep the organisation’s ‘fear’ and maintain the ranks, while “targets” are in their homes?

Now, put yourself in the boots of Al-Qurashi, the current ISIS leader, who has to keep the organisation’s ‘fear’ and maintain the ranks. Notwithstanding that you would be killed soon by intelligence agencies, you face an utter dilemma about the ‘problems’ the pandemic has created. You don’t have any active tourism to target highly-prized tourists. People are in their homes, and you can’t do much damage to life and property while security forces are even on higher alert on implementing lockdowns. There are simply less people available for you to indoctrinate or carry out training! And then you look out for what’s trending. People are in their homes, stuck to their computers and mobile phones. And you already have expertise in spreading online propaganda.

Bingo? Yes. You got it

The Islamic State was perhaps the first organisation to spread online propaganda at such a large scale. While it was earlier being done too by Al-Qaeda and Taliban, they could not match the swift increase in numbers of the Islamic State when it gradually surfaced in 2014. A global call to Jihad, once again, under a new ‘Khalifa’, was patronized and propaganda videos of its ‘glory’ were shared extensively with the emergence of social media. Twitter, Telegram and WhatsApp Groups, Dark Web, were effectively utilised for a global spread, with immense fundings coming from illegal trades. 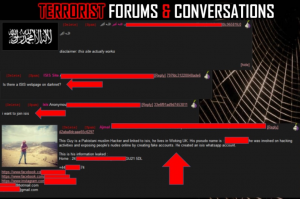 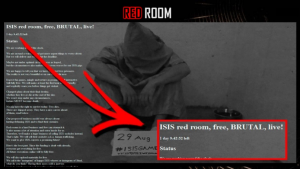 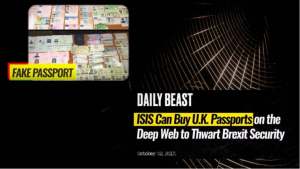 Image: ‘Dark Web’ tradings are also one of the main funding contributors for such organisations. Even ancient artefacts stolen from museums were sold on black market via the dark web.

What we see during the Pandemic is the intensification of such propaganda tools. Not just the Islamic State, most if not all groups have turned towards the most effective medium of communication when the global hunger for content rose considerably during the pandemic. Notably, one of the most used platforms were online non-regulated gaming platforms, where indoctrination could be carried out by Jihadist supporters with ease. 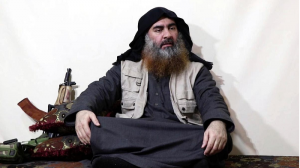 Isis continued also the “ground” operations. One of the latest is the one aimed to spread to Kashmir via the ‘Wilayah-Hind’ group, joining ranks with some new terrorist organizations

As we know that ‘on-ground’ fighting was never over, the Islamic State also tried spreading to Kashmir via the ‘Wilayah-Hind’ group, and tried carrying out some attacks. It also joined hands with some new terrorist organisations surfacing, including the TRF. In 2019, the Islamic State appointed Abu-Mohammed Al-Bengali as the Chief of ISIS in India and Bangladesh. The news of his appointment was made via a poster, which spread rapidly on Telegram groups and At-Tamakin (IS-supported website). 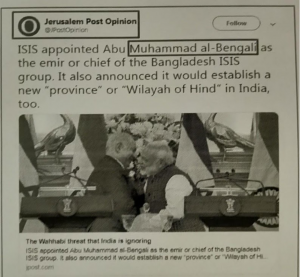 However, they failed in gaining grounds, thanks to the robust intelligence network of the Indian forces, and many foreign fighters returned to Afghanistan to seek ‘action’, and these groups ‘vanished’.

The main body, the Islamic State of Iraq and Syria relies upon its affiliated organisations to maintain ‘existence’. That is the reason it could gain a strong foothold in Africa (with the help of Boko Haram, and other factions earlier affiliated to AQIM), Philippines (with the help of local jihadist groups like Maute group, Abu Sayyaf group, Bangsamoro Islamic Freedom Fighters and Ansar Khalifa), Afghanistan (allegedly, Pakistani ISI helped establish the group in eastern Afghanistan with help of defected Taliban/Al-Qaeda militants and Pakistan-based groups), Pakistan, Middle East (around Israeli borders), et al. 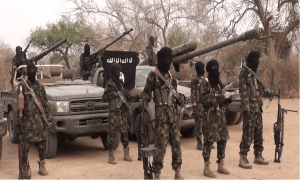 S.D. Pradhan: During the Covid-19 pandemic, use of Internet and visits to social media platforms by Isis have significantly increased and the younger generation can easily get influenced by well-designed narratives of Jihadists

“While terrorist groups have long used traditional media and the Internet to disseminate information, spread their propaganda, and recruit potential militants, yet no group to date has been as savvy and effective in terms of its propaganda campaign and recruiting terrorists via the Internet, and social media platforms, as the Islamic State of Iraq and the Levant (ISISL) or Daesh. ISIS used a wide range of platforms, like Facebook, Instagram, Twitter etc. to spread its noxious ideology. The significant rise of Jihadist propaganda on Internet and social media platform is proving more dangerous than physical harm. During Pandemic the use of Internet and visits to social media platforms by all have significantly increased and the younger generation can easily get influenced by well-designed narratives of Jihadists. This aspect has been clearly brought out by Nitin Pandey. This needs to be countered by effective counter operations.” said S.D. Pradhan, former Deputy National Security Adviser, Government of India. 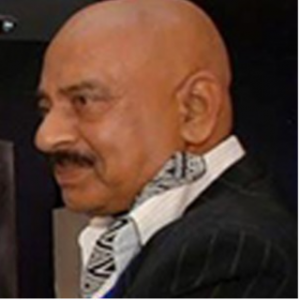 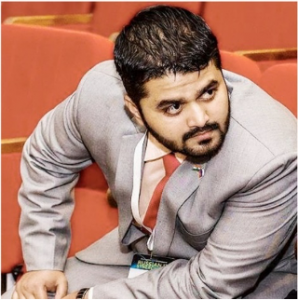 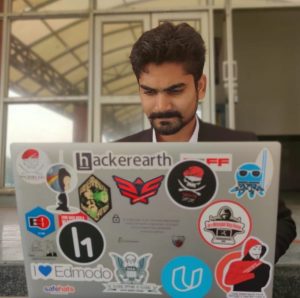 Cybercrime, Formbook passes from the UAE and a purchase order
The gz attachment of the email contains an exe file: the malware.
Cybercrime, very “heavy” AgentTesla carried by a RFQ
The email xls attachment contacts an url and downloads e 320,5 MB tar file. Inside there is an exe: the malware. Stolen data is exfiltered via Telegram API.
Cybercrime, false payment spread zgRAT via AgentTesla
The email rar attachment contains an exe file: the first malware, which downloads the second. The stolen data is exfiltrated via SMTP.
Search
Newsletter