Malwarebytes: A new variant of Konni malware has been used to target Russia

New variant of Konni malware has been used to target Russia. It has been discovered by Malwarebytes cybersecurity experts. It was first observed in the wild in 2014 and has been potentially linked to the North Korean APT group APT37. In late July 2021, researchers detected an ongoing spear phishing campaign: it exploits two documents written in Russian language and weaponized with the same malicious macro. One of the lures is about the trade and economic issues between Russia and the Korean Peninsula. The other one is about a meeting of the intergovernmental Russian-Mongolian commission. Both of them spread the RAT.

The new Konni variant shared by the Malware Hunter JAMESWT 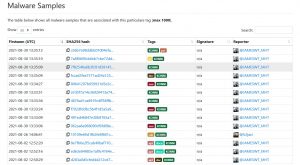 However, according the cybersecurity experts, there are differences between the new and the old cyber espionage APT campaigns: